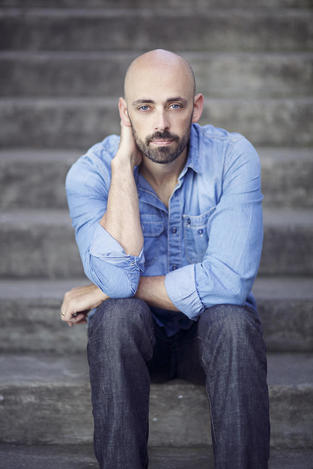 Phil Stacey is a Christian Recording Artist. You may have been introduced to him as a finalist on the 6th season of American Idol; or watched him perform on Ellen or the Tonight Show; seen him as a featured artist on tours with  Michael W Smith or Natalie Grant; or even attended one of the thousand concerts he's headlined around the world in the last six years. His performances are marked by soulful and passionate performances combined with powerful testimonies that demonstrate the faithfulness of God.

Phil grew up in a ministry family. His father was a preacher, as were both of his grandparents. He was raised with a mission mindset, his parents constantly reminding him though personal council and family devotions that God had a plan for his life. He watched that plan unfold throughout his teenage years as his love for music grew an doors began to open for him to perform.

In College, Phil was often featured as a soloist for the Lee Singers, one of Lee University's premiere touring ensembles. Upon graduation, Phil enlisted in the U.S. Navy and was given the tremendous opportunity of traveling as the lead vocalist of the Navy Rock Band Pride. But his biggest breakthrough came in in 2006 when he attended an open audition for the sixth season of American Idol.

"One of my college buddies was planning his wedding and asked me to be in his wedding party," Phil explains. "I wasn't going to be able to make it because of my touring schedule, and he told me that the only way he could forgive me was if I auditioned for American Idol."

It was the last year that Phil was eligible.

Phil's wife, Kendra, was pregnant at the time with their second child. Before he went into his audition with Randy Jackson, Paula Abdul, and Simon Cowell, he received a call from home letting him know that she had gone into labor and delivered a baby girl. Elated, Phil went to the producers to let them know that he wouldn't be able to stay for the audition because he needed to be with his wife and they graciously moved him to the front so that he could do both.

The story was featured when the auditions began airing on television and Phil instantly won a loyal following of people that were touched by his family values.

"They called themselves the Philnatics," Phil remembers. "Whether I received accolades from the judges or criticism, they kept voting me through week after week, supporting me through thick and thin."

When Phil was eliminated, he'd been a cast member on the biggest show on television for several months, and had developed a fan base that was anxious to follow his next move. Jordin Sparks introduced him to a manager named Chaz Corzine, and the two developed a friendship and began working together. During the American Idol's Live Tour, the pair had drawn the attention of Disney's Country Record Label, Lyric Street Records and as soon as the tour was over, they signed him and began working on a record with Award-Winning Producer, Wayne Kirkpatrick.

"My touring schedule was very busy at the time," Phil recalls, "but on my days off, I'd go into the studio with Wayne to lay down vocal tracks on the songs."

By the spring of 2008, his album was finished, released, and debuted at number 8 on Billboard's Country Album Chart.