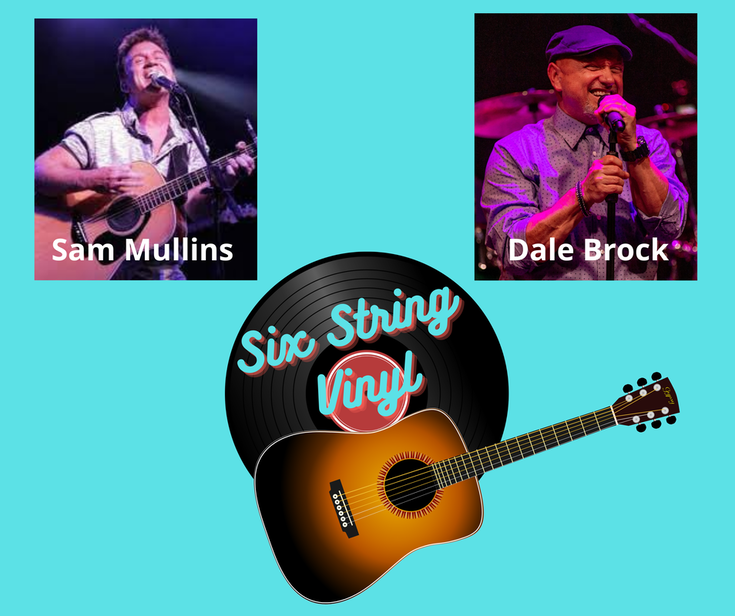 SAM MULLINS
Sam Mullins, a Nashville singer/songwriter from Golden Colorado has traveled abroad, playing and singing across the country and in Europe in concert events and songwriter festivals. Sam has had his songs recorded by artists such as Diamond Rio, Ricochet, Chad Brock, Kevin Sharpe, Michael W. Smith, Avalon, and many others. He has been with Warner Bros and Arista Nashville labels. His newest song is "It Just Hit Me." You can check out the new tune on his YouTube channel. Currently, he is a member of Tre' Corley & The Music City Connection band on The Huckabee Show.

Sam’s musician influences include: James Taylor, Paul Simon, Dan Fogelberg and pretty much all of the singer/songwriters of the 70s.


DALE BROCK
Dale Brock, the youngest child of 4, was born in Dalton, GA which is known as the carpet capital of the world. He knew at a very young age he was called to sing.  He dabbled with the piano and drums before settling on the bass guitar, as his choice instrument. He played with several bands during his teenage years touring across the US and Canada including the CCM Band The Rock City Boys and Secret Service. Dale later became tenor vocalist and a founding member of the Chattanooga based band, Poet Voices.

He has made appearances and performances on Johnny Carson’s Tonight Show, TBN, Dollywood Theme Park in Pigeon Forge, TN, Wild Horse Saloon in Nashville, TN, Music in the Rockies, Estes Park, CO, GMA Week and Carowinds Music Park in Charlotte, NC among others. Dale has shared the stage with such artists as Marty Raybon of Shenandoah, The Oak Ridge Boys, Ron Kenoly, Phil Driskoll, Bob Carlisle and Nicole C. Mullins.

He is a member of the Tri-State Music Hall of Fame. When not on tour, Dale enjoys session work in the studio doing background vocals. With vocal influences by artist such as Luther Vandross, Michael McDonald, Steve Perry, Bobby Kimball and Merle Haggard, just to name a few, Dale has developed a unique vocal style all his own.